Coca Cola is one of the most popular beverage companies in the world and the third most liked brand on Facebook, behind Facebook itself and YouTube. More precisely, it has no less than 107 million fans on the social platform. Considering its popularity, one might wonder why they need to advertise their already highly-enjoyed product.

Because even big companies need to make sure they keep customers engaged and people don’t lose interest in their brand. Studies have shown that the more often a person is exposed to something, the better they get at seeing it around themselves. So when a person is thirsty, they’re more likely to grab a coke. Additionally, there will always be new groups of people to influence with Coca Cola Facebook ads, like youngsters, new citizens in a certain area, etc.

The company has admitted that it spends over £300 million a year on advertising in Western Europe alone. More than 170 ad variations are tested each year. Not all of their ads have proven effective, but the majority of them reached their goal. So we put together this list of Coca Cola Facebook ads in order to help other businesses learn from their success or failure.

This was an ample cross-media brand repositioning campaign the beverage company has launched in 2016 in South Africa. In order to achieve their goals, Coca Cola successfully used various Facebook products and managed to extend its global reach.

Raising brand awareness was the main objective of this Coca Cola Facebook ads campaign. Among the ad formats it used, we can mention video ads, carousel, and canvas on both desktop and mobile devices.  The ads were all designed around the hashtag #EnjoyTheFeeling and included compelling stories. 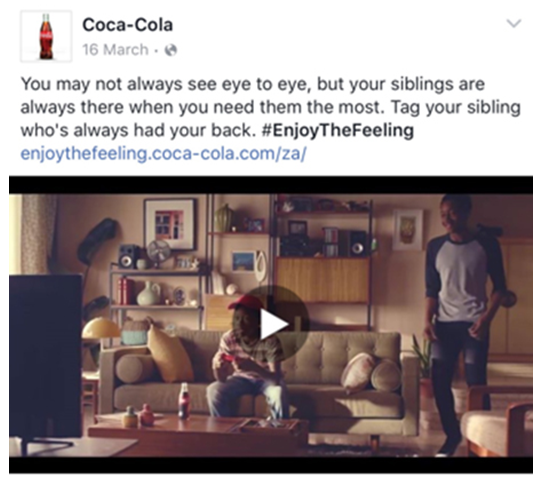 Needless to say, the company’s efforts paid of. During the 3-month advertising campaign, the product increased its individual reach by 42% with only 3.5% of the budget. Moreover, Coca Cola managed to boost brand impact and campaign reach by 96%. It discovered that Facebook advertising was three times more cost-effective than TV advertising.

Coca-Cola launched this advertising campaign when it brought to the market a new product: Coca Cola Life. This is a new version of the fizzy beverage with less sugar and fewer calories. The goal was to create brand recognition and drive sales among a specific target audience (men and women aged 18–34).

The campaign was made up of two phases: the first one designed for product discovery and recognition and the second for boosting product sales.

It turns out that the series of Coca Cola Facebook ads it used in this campaign helped it reach the target audience of young adults. Furthermore, it was very efficient at doing so. 77% of the total audience was reached. This represents 7 times more people in the target audience compared to TV advertising. 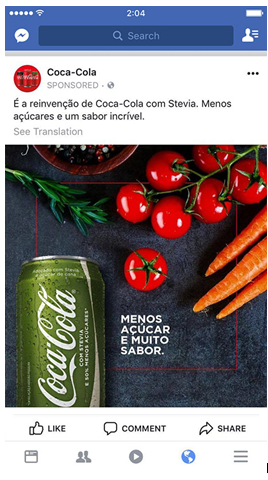 Coca Cola used Facebook advertising to address the challenges of promoting its product in emerging countries like Kenya. It used a Facebook program specifically created for this purpose – reaching people in less-developed countries – called the Creative Accelerator. 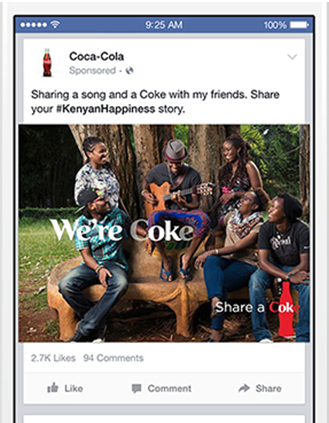 The goal of this campaign was to spread the word about the soda company in the country, so basically raising brand recognition. The ad campaign included photos of Kenyans singing and drinking a Coke and the hashtag #KenyanHappiness was used. It encouraged people to share their own photos and stories and thus continue to spread the word. 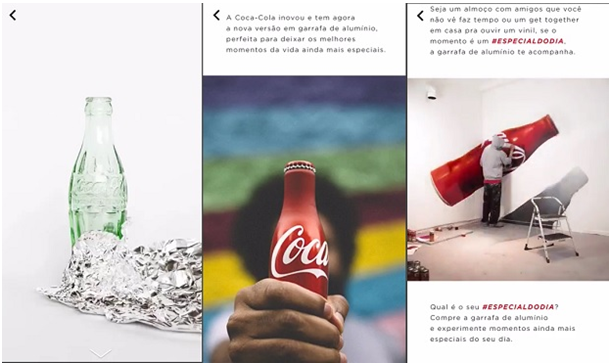 When Facebook launched the Canvas type of ad, Coca Cola jumped the boat and built a Canvas ad to promote their newly launched special series of Aluminum Bottle. The Facebook campaign helped them reached nearly 16 million people. In included a video and a series of photos that described the creation process.

Everyone remembers the Share a Coke campaign. It was launched initially in Australia and marked the first time in its 125-year history the company changed its packaging. The new soda bottles were special because they had names on them. Actually, 150 of the most popular names in the country were printed on the bottles.

People were able to share a virtual coke with their friends via the Facebook ad campaign. They could create their own Coke adverts using photos from their Facebook albums, and take part in the Coke Unleashed competition. 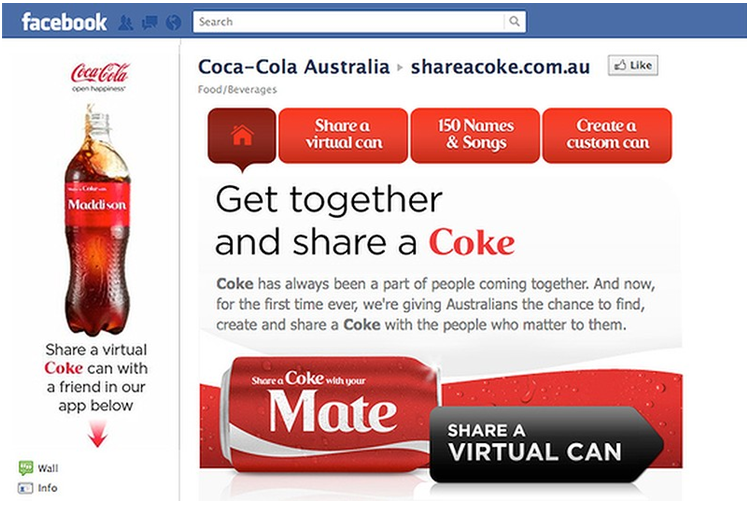 Without a doubt, being one of the best-known beverage companies in the world has helped Coca-Cola achieve incredible successes in digital marketing. Not to mention the fact that it has a massive following on social media. However, popularity was just an ingredient they leveraged in creating the successful Coca Cola Facebook ads presented above. Inventiveness, creativity and a perfect understanding of how social media advertising works also had a great influence. Their ads are catchy, colourful, engaging, spark emotion and tell a story everyone is willing to listen to. 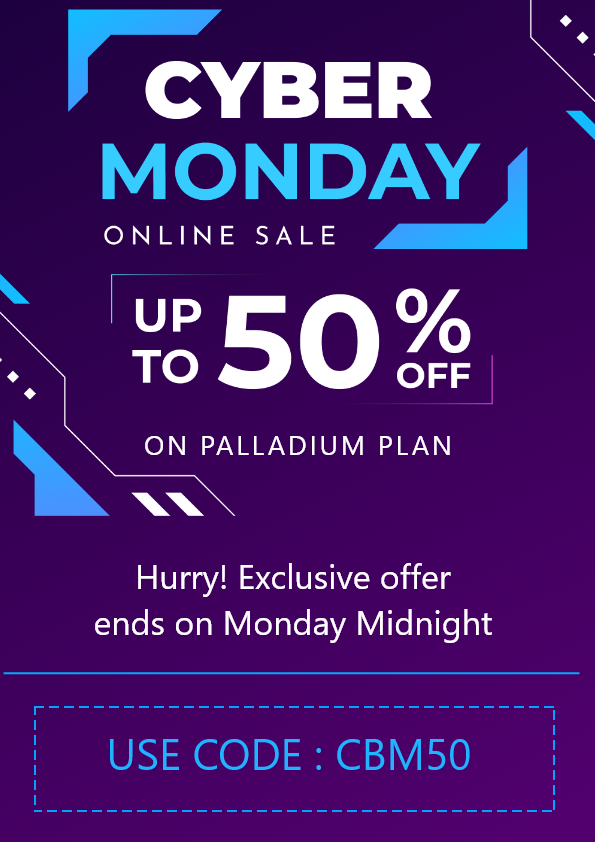