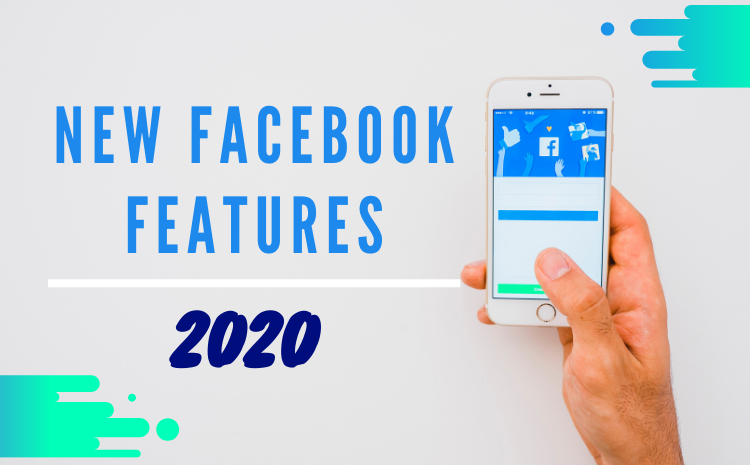 Facebook has, no doubt, become the most common social media platform. Hundreds of millions of users log into their Facebook account at least once a day to stay updated with their social circle. Socialization has taken a new shape in the last decade. Especially with the advent of smartphones, keeping in touch with your friends has become as easy as it was never before. Facebook started more than a decade ago, but the spread of smartphones has made a sudden thrust in its popularity.

Hit the PLAY button to listen to this Podcast –

Slowly, in the last decade, Facebook has been able to become a part of common people’s life. With the new rules of social engagement, people have become more accustomed to sharing every detail of their life over apps like Facebook. And what more, Facebook has also acquired the other two most popular social media companies in the last few years. You guessed it right. They are Instagram and Whatsapp.

With so much coverage in the world, Facebook has a lot of responsibility towards its users. They need to constantly work towards the improvement of their product to drive social engagements. People often get bored easily if they don’t find anything new in the technologies they use. Hence, Facebook always makes sure that it adds new Facebook features from time to time to keep up with the expectations of its users.

With nearly 50,000 employees, Facebook is always working towards releasing new Facebook features. They are constantly researching the usability patterns of the people and trying to understand what more can they achieve from the people. While releasing Facebook new features, they always make sure that it adds some value to people’s lives. Otherwise, the cost of creating those features cannot be justified if people don’t make them successful.

Let us now look at the Facebook latest features that they released within the last year or in a time little more than that.

Although Facebook launched it three years ago, I still want to add it to this list of Facebook features because of its success. Oculus is the company that made it live, and Samsung VR gear supports it. This is the latest technology that allows people to share amazing 360-degree videos and photos on Facebook. It became a sudden hit right after its launch. People accepted this feature with most likings because it allows you to give a more realistic experience of the place that you can record in your camera.

Since digital socialization has become a new norm, it will always strive to get as close as possible to the real world. 360-degree videos and images give you a more realistic feel of the place your connections have been to. You feel more connected to the place, and when it can be accessed as easily as in your Facebook wall, the sudden spike in people’s choice of this feature is no wonder.

You can download this Facebook 360 app from your Oculus app. If you want more details on this app, then you can visit the official Oculus website that will give you more information about how to get started on this.

Although Snapchat was the first company that came up with this brilliant idea of sharing the post or story for just 24 hours, Facebook new feature included this too. With so many users on the Facebook platform as compared to Snapchat or Instagram, people welcomed this feature with wide arms.

It is a brilliant feature for those who need to stay in constant touch with their connections. They can give a quick update of their lives, or share an idea, which they know would be only for temporary use. They don’t want it to stay in their timeline, which makes it permanent so that their timeline doesn’t get too spammy. The only important stuff which people want to keep permanently must go on the timeline. For all the ephemeral activities and short updates, this is one of the most important Facebook latest features.

For those who have got most accustomed to Snapchat, this feature acts as a boon on Facebook for them to switch here. Naturally, with the launch of this Facebook feature, the company was able to pull many new users from Snapchat.

This is another one that made it to the list of Facebook new features. Earlier it was only possible to go live using the Facebook Live API on your smartphone. But with updates in this feature, it has also become possible now to start broadcasting live videos from your Laptop or desktop. As I said earlier, digital socialization is trying its best to get closer to the physical reality as much as possible. With this feature, Facebook has taken a new step to give a more realistic social experience to the users.

We already know the difference in thrill we used to get by watching live sports on TV as against old recordings. That same difference was caught by Facebook’s creative team to address which they launched this feature. To make it more interactive, Facebook now allows you to add live comments and like the video while it is streaming live. This way, the person on the video can read comments and respond at the same time on the video.

Facebook has revolutionized the way advertisements work for marketers. Now, it is more affordable and easy to use for marketers from all segments of business, be it large enterprises or SMEs, to advertise on social media. You can target an audience on its platform based on a wide and comprehensive filter to show your ads.

You can place ads on Facebook ads manager with simple guided steps that it has in its portal. Another cool feature that Facebook has to display ads is through short ad breaks it merges within the live videos. They are usually not longer than 25 seconds and proving out to be quite effective for marketers to market their products.

Now, if the Facebook new feature about ads has made it so simple, then why should you be left behind in creating ads? If you are a marketer or an ad strategist, then you must already know that before placing an ad on Facebook, you must create a compelling ad to woo your audience. And the first step towards that is by researching already performing ads your competitors are running.

PowerAdSpy is one such tool that can help you do that. Based on all the filters you can enter on that, it makes a comprehensive search on all the top-performing ads in your business niche and shows you the results. You can also study those ads to find the analytics behind them. These analytics in PowerAdSpy will reveal what kind of audience is engaging with those ads. You can know their details like age-group, gender, location, interests, etc.

Once you have identified those ads, make a thorough study of their content. Then you can improve even further on those content and create a new ad for your brand.

Also, Check Out Our Latest Posts –

These new Facebook features are just a glimpse of what more you can achieve from Facebook. The more time you spend on this platform exploring every feature on it, the more you will discover. There are myriads of features you can find on the Facebook app. Now and then, the team keeps adding something new to the list.

The Facebook team is constantly working towards the evolution of their product. They are always striving to make it as comprehensive as possible so that people from walks of life can make this app a regular part of their lives. And this is just a beginning. It has been hardly 5 to 8 years since smartphones have become a part of the common man’s life. And Facebook is making every effort to integrate themselves with every user of a smartphone in the world.

How Can You Use A Facebook Call To Action For Your Business?

What Is Facebook Pixel And How To Use It?